This post features the second instalment of cartoons I created during my academic tenure at the University of Technology, Sydney. These examples focus on the University’s Tower Building on Broadway near Railway Square. Labelled an example of “brutal modernism” despite its designer’s denial of it being that style, it is a monolithic stack of 27 storeys in concrete and glass now somewhat softened by the arrival of the vertical garden clad Central Park building opposite. I had fun playing around with it as a satirical subject in these cartoons that were published in the University’s magazine U:.

This fake story was reported as fact by one Sydney news agency! 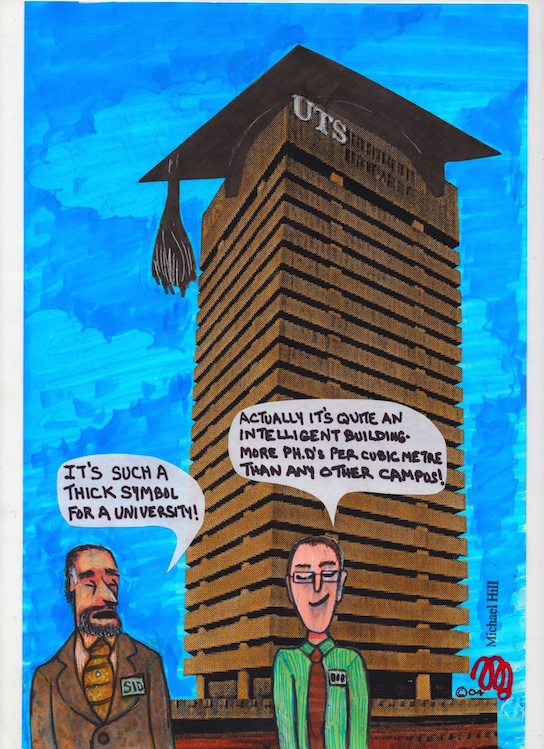 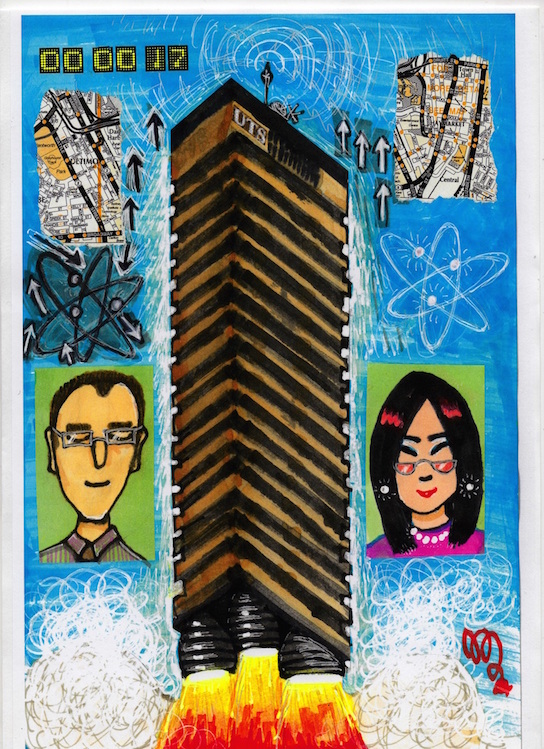 A good example of rocket science-launching the Tower Building into orbit over Ultimo!

It proved a bit of a problem getting it down though.

Fictitious merchandise in a n0n-existent shop in the foyer yet the Information Desk reported some enquiries as to the shop’s location after publication of this cartoon.

Originally I proposed using Nokia and Nokia University of Technology naming rights but the sign on the tower would read NUTS! So, no go, but Virgin was O.K.

I did an alternate version of the building relaxing on a banana lounge on Bondi Beach reading a novel but the Vice Chancellor preferred this one.