Production of my artist book/comic Blotting Paper: The Recollected Graphical Impressions Of Doctor Comics continues to progress although somewhat erratically due to digressions, delays and interruptions. My intention of having the first chapter finished by the end of the year remains though. In my transition from comics studies to comics production the most striking discovery has been the amount of time required to create the artwork. Whereas I can sit down and write a thousand words about a comic in a few hours, creating a page of art takes a fewl days. From all of the comics creators that I have interviewed in Australia the common rate denominator was “a day per page”. I wish! In addition to printmaking as a means of image-making I am doing some drawing. I love this process and the mental spaces it takes me into. I enjoy getting lost in there. 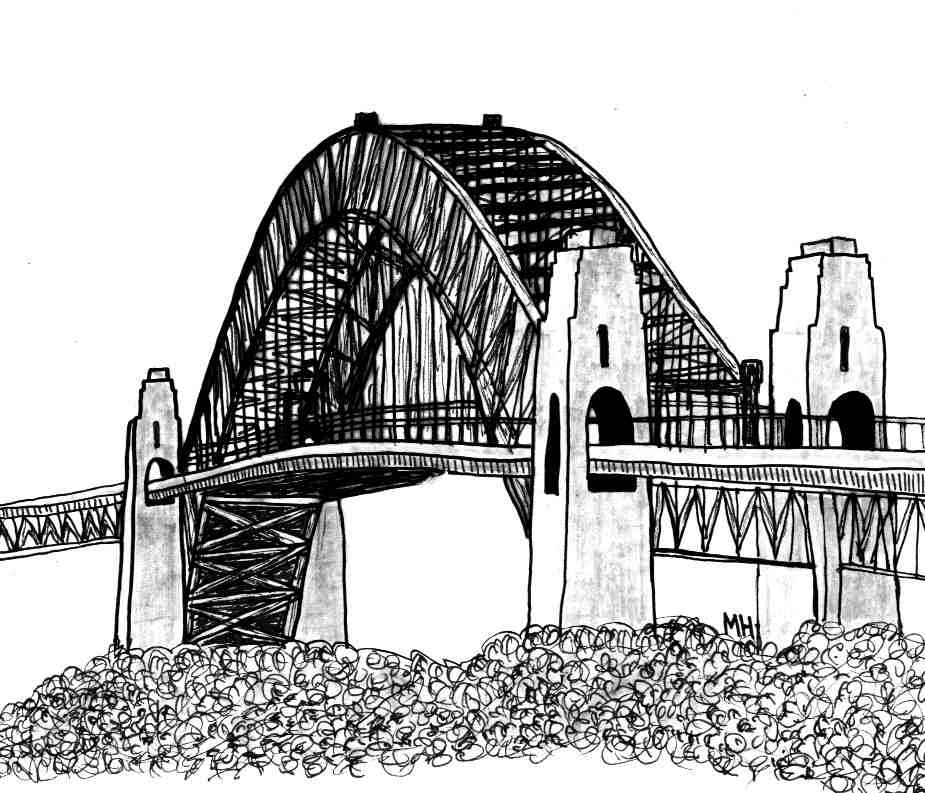 A sketch for the first chapter. (Pen and ink drawing-© 2011 Michael Hill)

The story is set in Sydney when my Doctor Comics alias character is older but contains flashes backward to earlier times. It’s been fun trying to imagine what I shall look like then and trying to recall via photos how I appeared when I was in my twenties. In any case it is partly autobiographical and partly fictitious and so the character doesn’t look exactly like me. Below is a combined image of the Doctor Comics character and the Sydney Harbour Bridge. 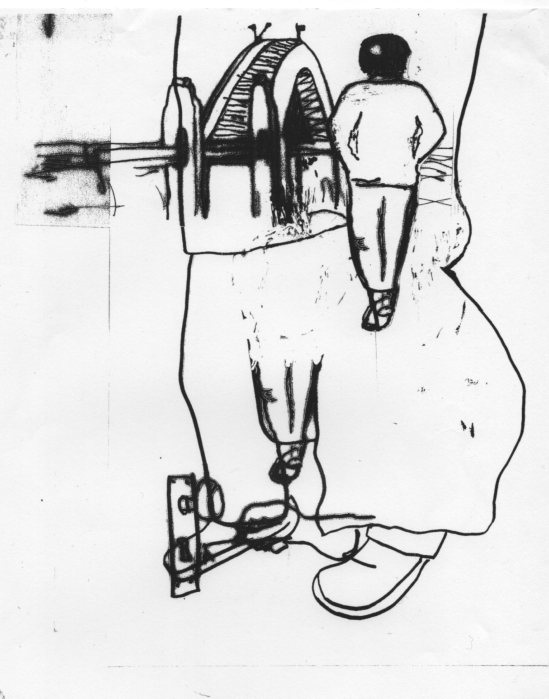