Sunday 22nd May 2011, in the shadow of the Harbour Bridge and opposite the Opera House, the Museum of Contemporary Art hosted a zine fair as part of the Sydney Writers’ Festival. 50 tables plus 1 bar traded to a reasonably sized crowd. It was a fusion of the literary and the artistic with comics increasingly appearing in art galleries due to their increased cultural status and the growing popularity of graphic novels.

The make-up of the stall-holders on the trading floor was a bit of a mystery with a notable presence of craft makers selling jewellery and accessories that led to complaints by some comics creators who were unable to acquire a table about the application and selection process not being all that consistent nor transparent. 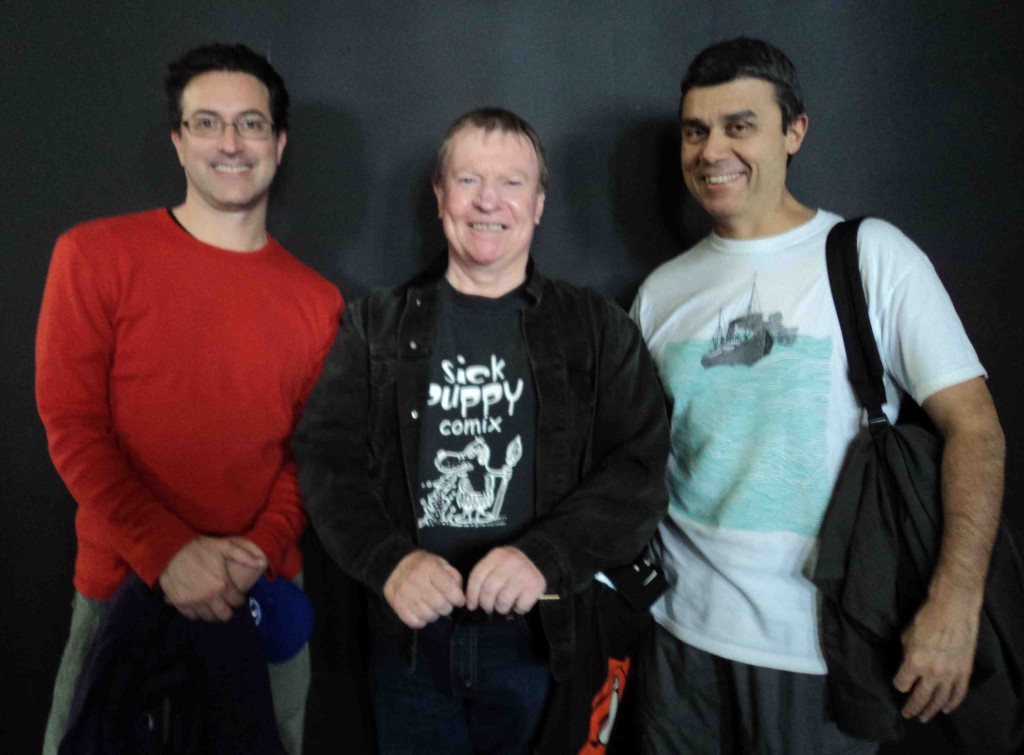 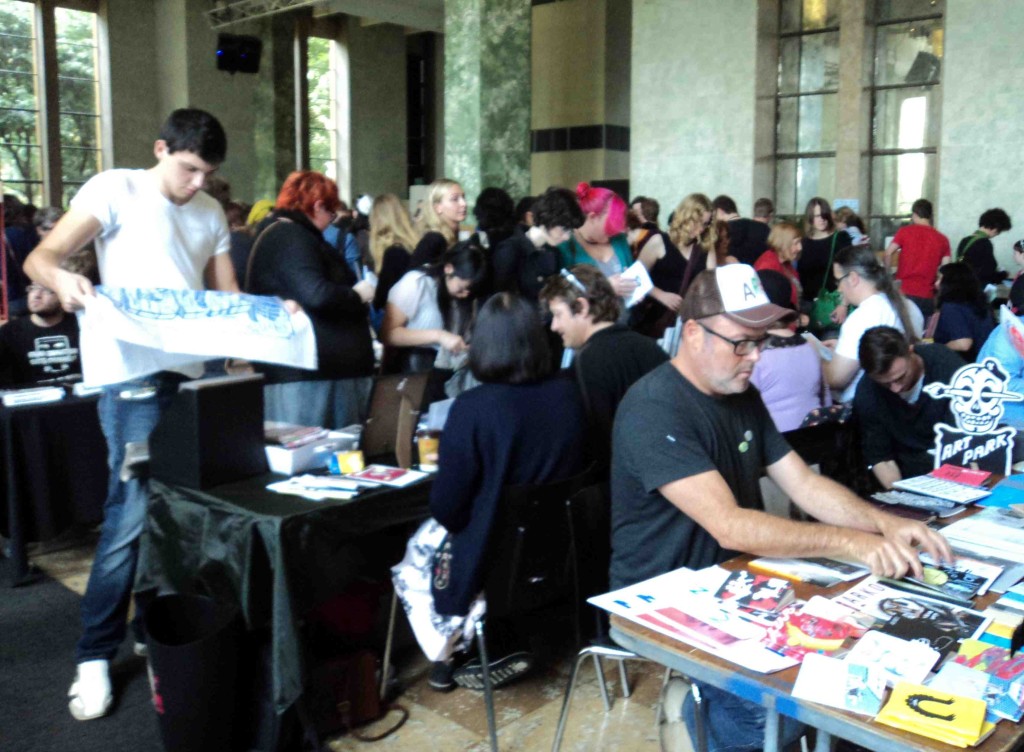 This post is from the series Archives of Australian Comics History research for my PhD at Macquarie University, Division of Society, Culture, Media and Philosophy, by virtue of the thesis A Study Of Contemporary Australian Alternative Comics 1992-2000 With Particular Reference To The Work Of Naylor, Smith, Danko And Ord, 2003. On completion I donated the comics collection to the National Library of Australia: Michael Hill Collection of Australian Comics. Posts in this series:  Comic-Fest   Comics  in Record Shops   Comics Workshops   Down Under Ground   Getting SMASH(ed)!   Imaginary Worlds Symposium    International Exhibition of Drawings   OZCON   Mind Rot   Savage Pencils   Sick Puppy Comix   TiNA Arena   MCA Zine Fair   2002 Sequential Art Studies Conference   2nd Sequential Art Studies Conference