My artist book/comic Blotting Paper: The Recollected Graphical Impressions Of Doctor Comics was launched at Hondarake Full of Books in Sydney on a wet Summer afternoon in February along with an exhibition of postcard prints and a display of printmaking tools used in the production. 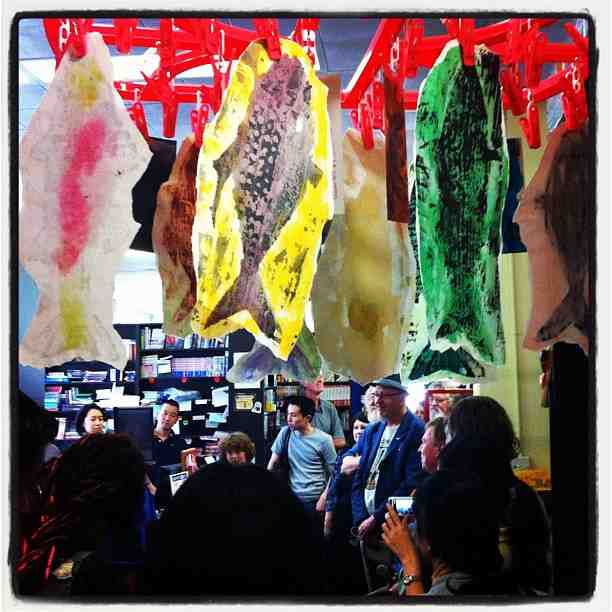 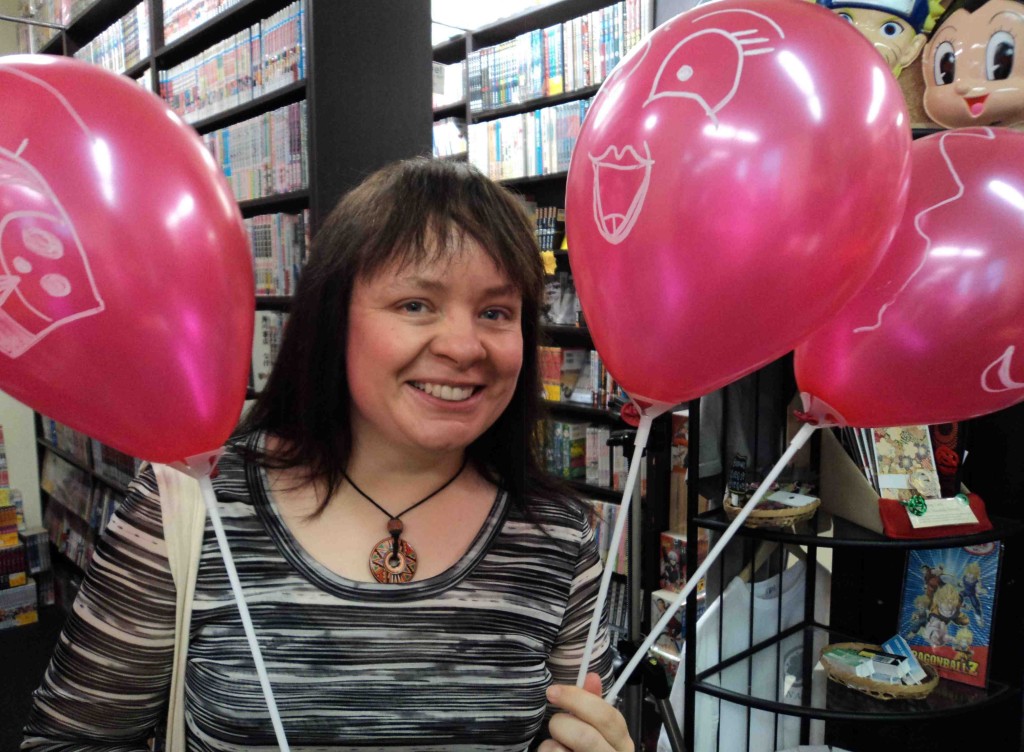 It Lives! CEO’s Nick and Liz. (Photo by Louise Graber) 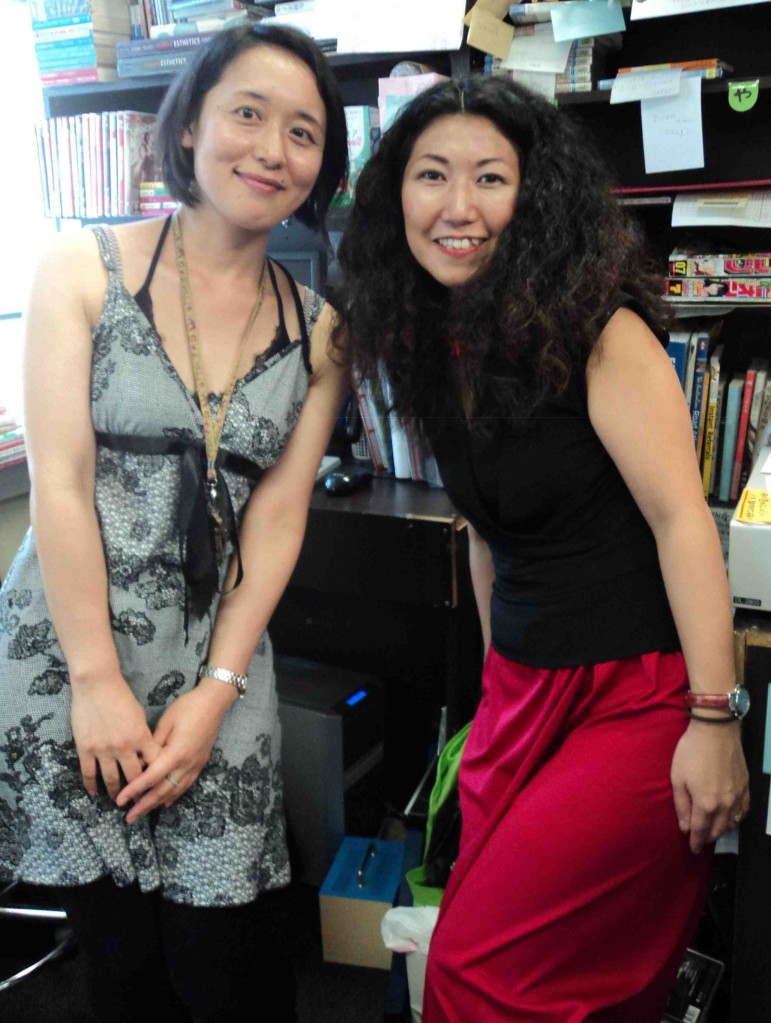 The book was launched by Gene Kannenberg, Jr. via Skype from the U.S.A. Noted comics historian, Kannenberg is director of ComicsResearch.org. former Chair of the International Comic Arts Festival and the Comic Art & Comics Area of the Popular Culture Association, and author of 500 Essential Graphic Novels. He made a humorous speech and participated in a game of pairing comics with beer including the work of creators Will Eisner, Lynda Barry, Hergé, Jack Kirby and Joost Swarte. Gene  got a big response when he suggested black coffee with Steve Ditko and Duff beer with Matt Groening, and then an even bigger response when he brought his cat, Mr. Pickles, onscreen.

The pop-up exhibition of postcards. (Photo by Harrison Hill) 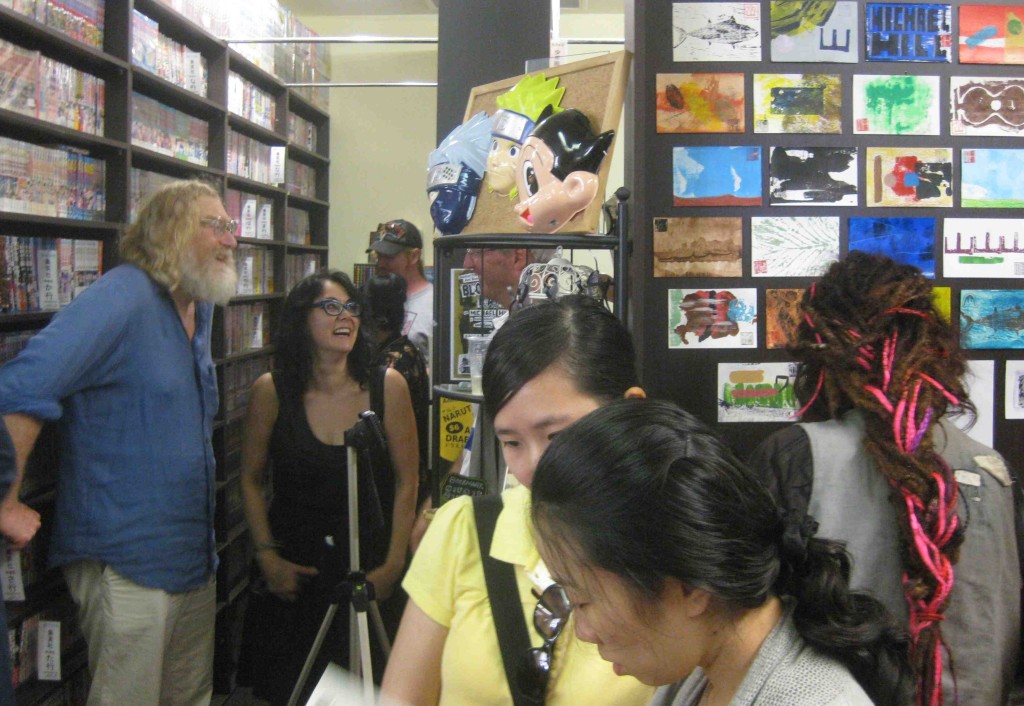 Hair and prints in abundance. (Photo by Harrison Hill)