The invitation by Glenn Smith.

The exhibition catalogue contained the essays: “The Broken Pencils of Southeast Asia” by International Journal of Comic Art editor John A. Lent, “Why the Australian Small Press Make Eskimo Comics” by Tim Danko, and my “Sick Puppies With Pencils”.

As a fun idea for the catalogue I asked the artists to draw a ‘savage pencil’. Here is a selection. All art is the copyright of the respective creators.

Butcher and Wood aka the Pox Girls. 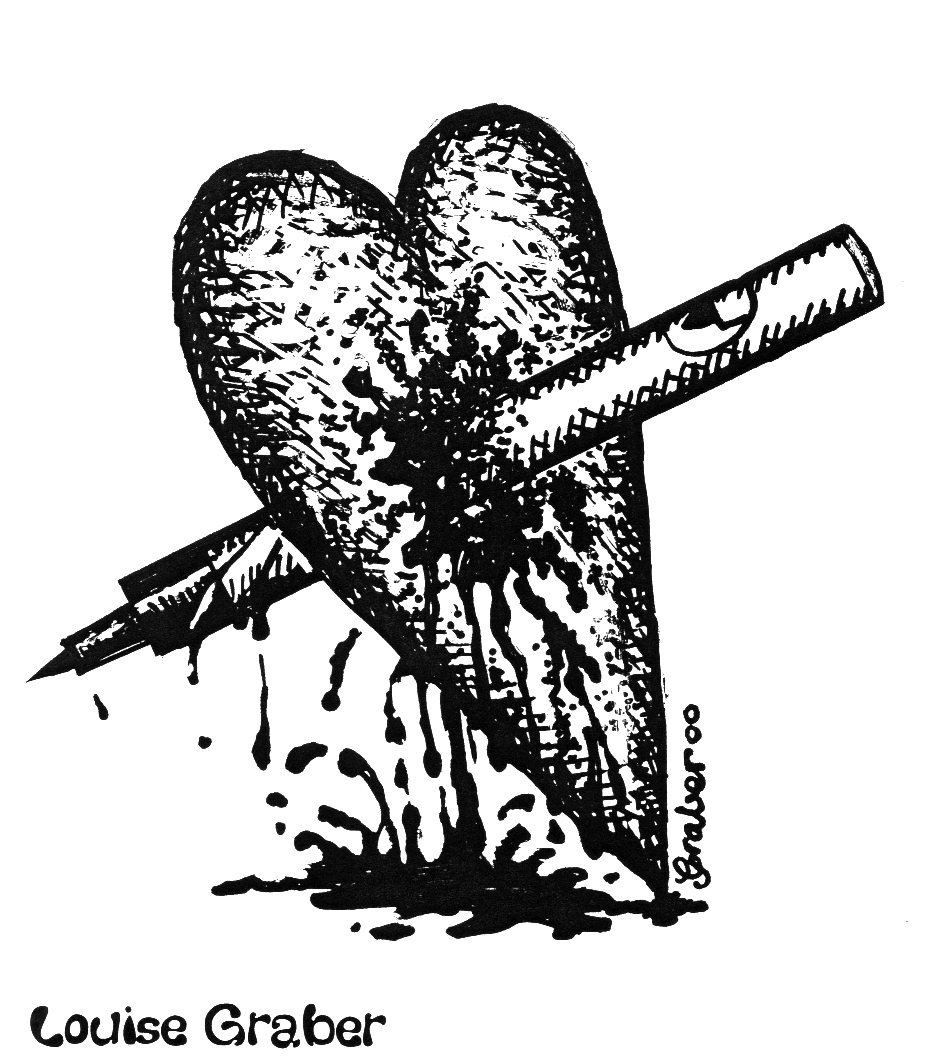 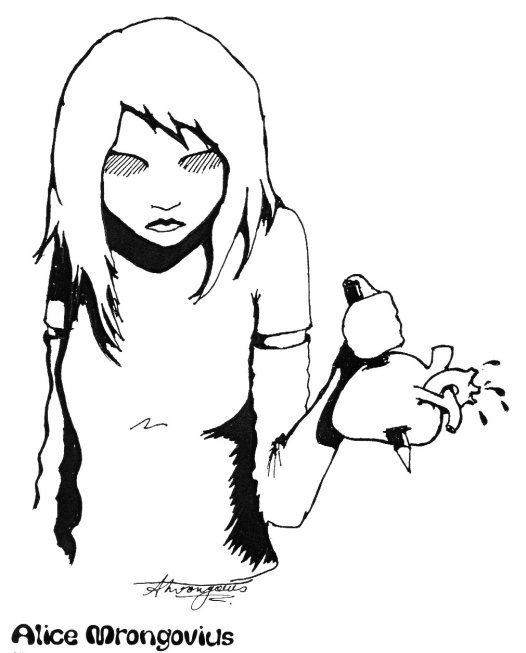 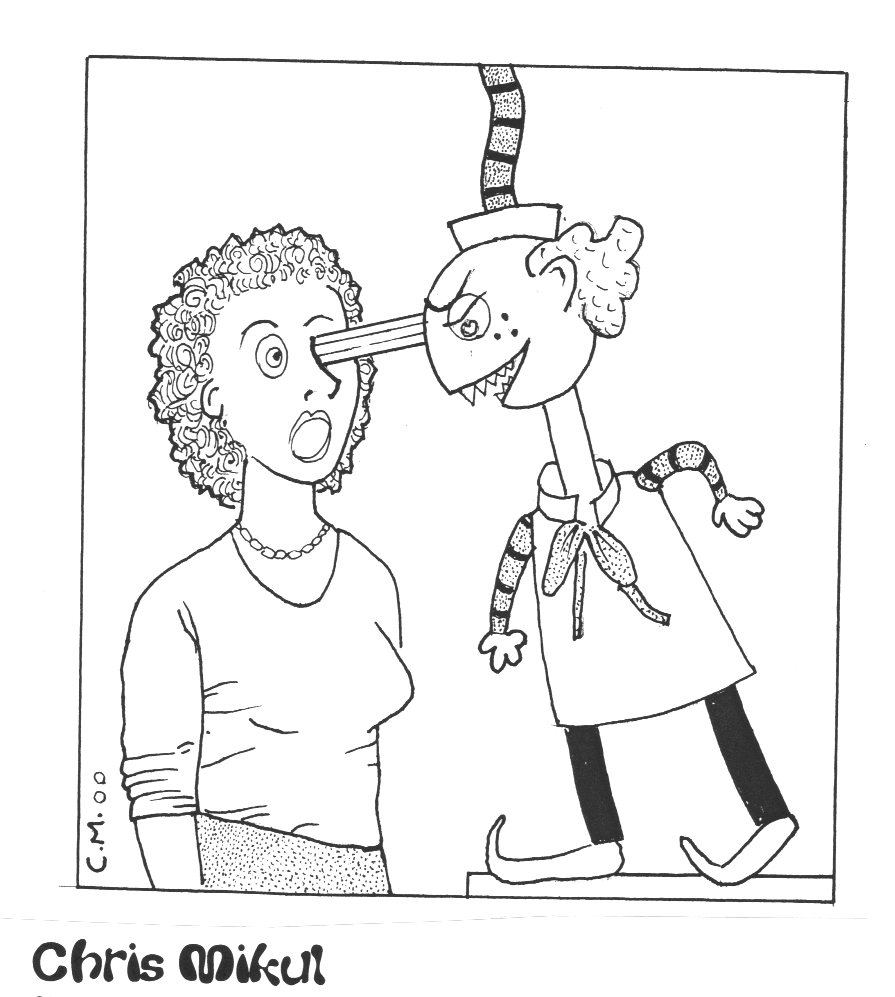 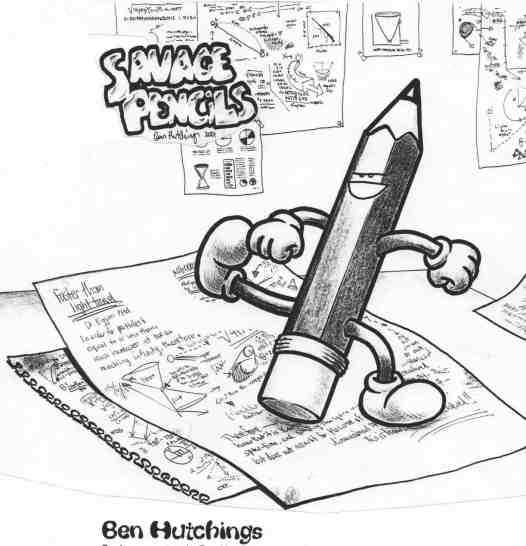 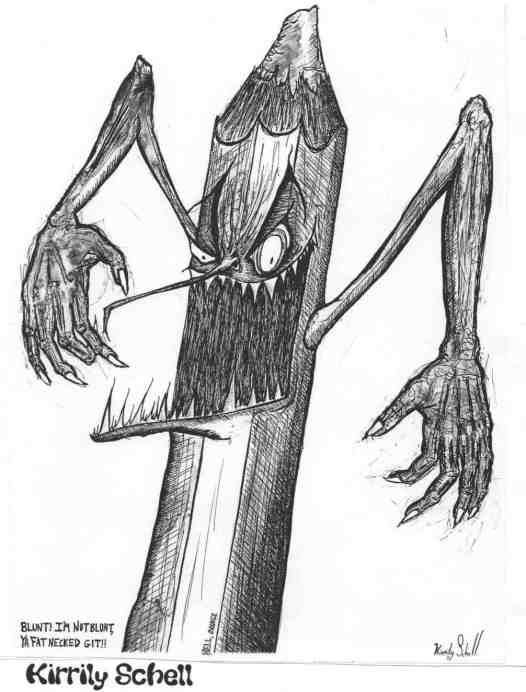 The notion of collecting comic art was fairly new in Australia at the time. This exhibition offered 50 works ranging from the mainstream to the the avant-garde, from 44 artists representing every State of Australia except the Northern Territory. Some of the cover art was displayed on the gallery’s website. 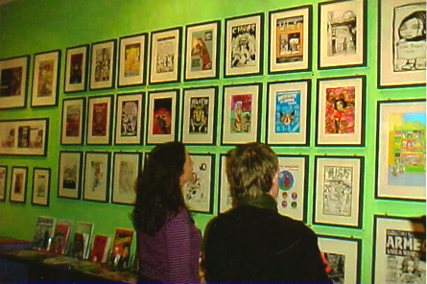 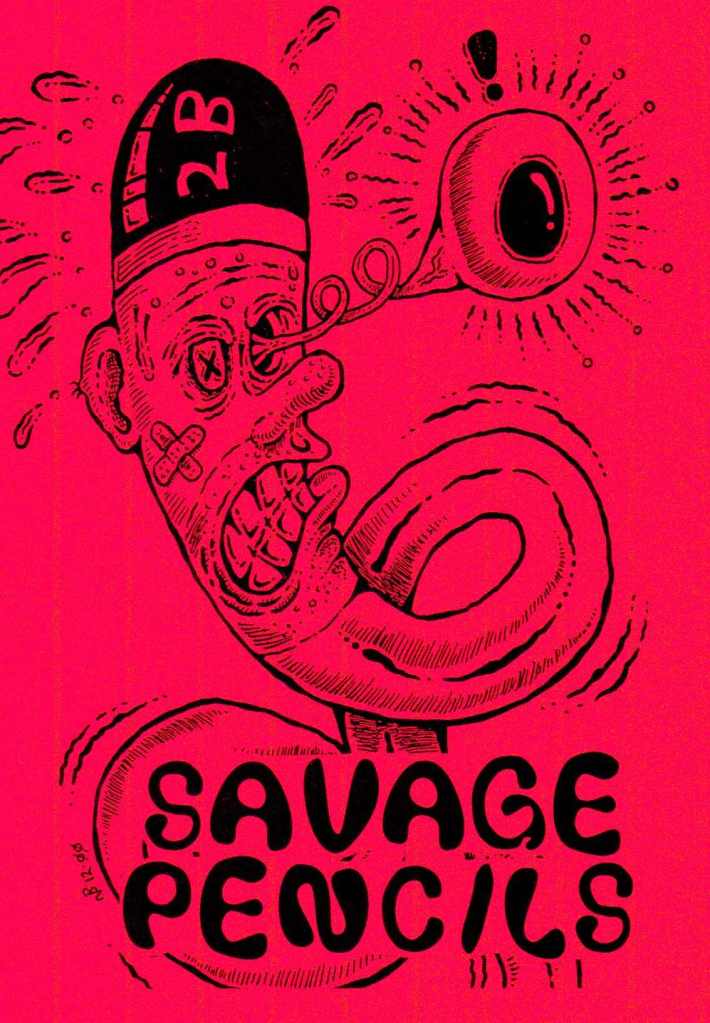 The exhibition catalogue with cut-up Neale Blanden illo on the cover.

The title for the exhibition was taken from the alias of Edwin Pouncey, an English comics creator of the early 1980s whose ‘punk’ style of graphics proved inspirational to alternative cartoonists. This show celebrated drawing, a precious commodity in an age of appropriation and scanning, and the creative expression that drawing is given in comics. Here the drawing was both art and pop culture trash and very affordible.

This is the eighth in a series of posts called Archives of Australian Comics History that document moments in the recent history of Australian comics, particularly alternative comics and the Australian Small Press. I started researching this subject in the late 1990s and it eventually led to my PhD thesis: Ph.D. Macquarie University, Division of Society, Culture, Media and Philosophy, A Study Of Contemporary Australian Alternative Comics 1992-2000 With Particular Reference To The Work Of Naylor, Smith, Danko And Ord, 2003. On completion of the research I donated the materials and comics I had collected to the National Library of Australia: Michael Hill Collection of Australian Comics.