I’m happy to now have two three dimensional wall plaques or flat sculptures of Gigantor and Gojira on the kitchen walls of our house: Gigantor the giant, remote controlled, peace-keeping robot, based on the manga Tetsujin 28-go (Iron man No.28) by Mitsuteru Yokoyama and adapted for animation, plus Gojira (Godzilla) star of the famous Japanese movie directed by Ishirō Honda. These plaques are the work of model maker, artist and comics creator Lewis P. Morley and were exhibited just last month at a gallery in Redfern, Sydney. Once installed, Lewis agreed to attended their christening.

…above the stove in the kitchen. (Photograph and ceramic tile design by Louise Graber)

I have always thought that Gigantor’s body resembled a pot-bellied stove so I decided that it was appropriate he be positioned above the stove. His clunky design with rivets and pistons, prior to those more elegant mobile suit robots, such as Gundam that succeeded him, have some resonance with the metal stove and the various pots and pans on the shelves. 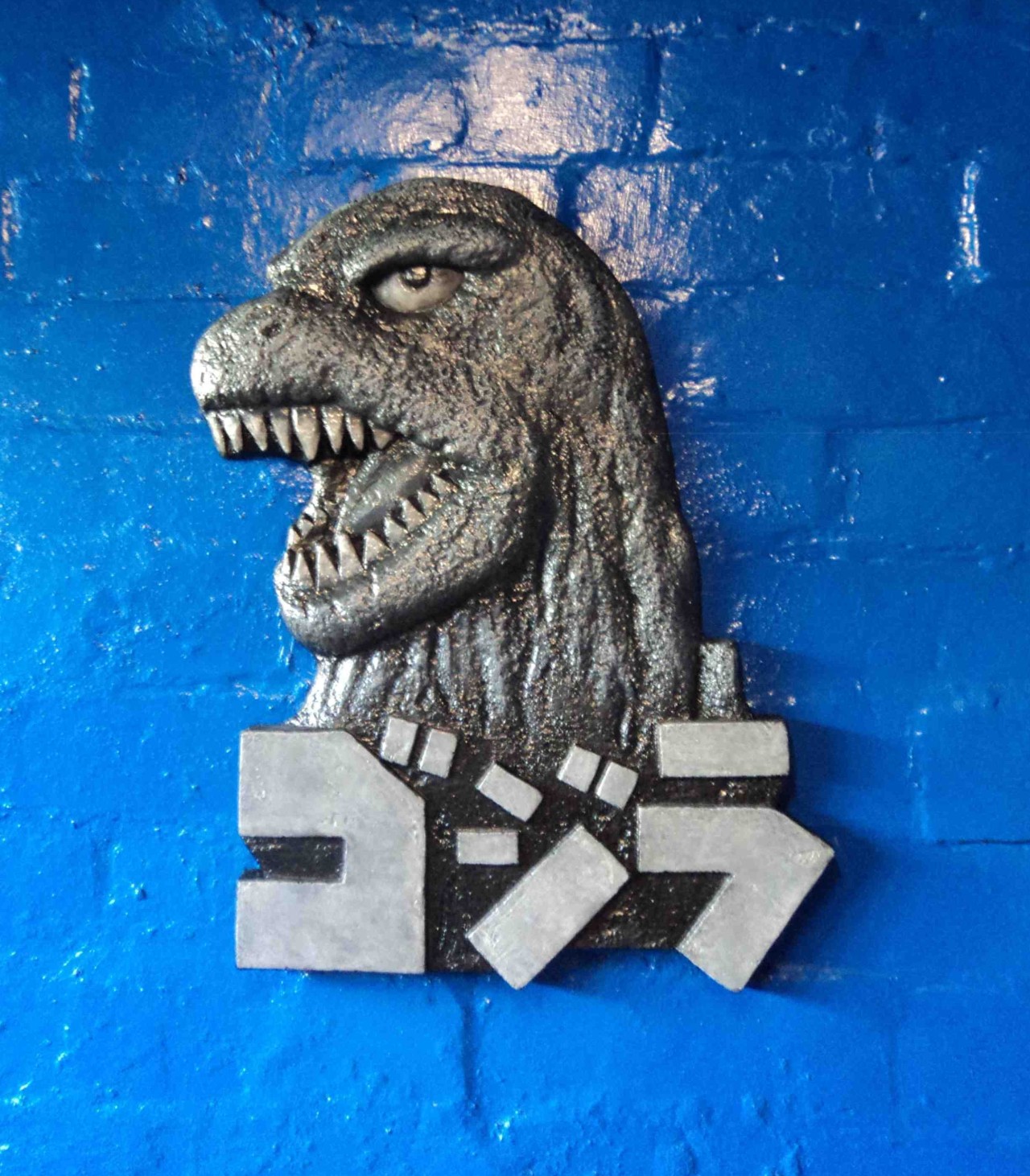 The whale eating Gojira, on the other hand, coming from the depths of the ocean and memorably seen in the 1954 Godzilla movie wading through Tokyo Bay, had to go over the kitchen sink.

Man in the mask. (Photograph and ceramic tile design by Louise Graber)

The position of Lewis’s eye in this photo reminds me of the actors who played the monsters in those Japanese films having to get inside a costume with their eyes are visible through a mesh covered slit in the throat or neck of the character that enabled them to see where they were going. 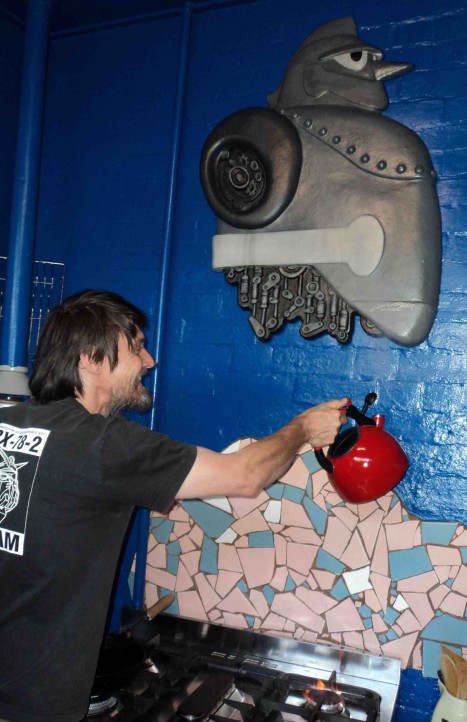 Christening Gigantor in steampunk style with steam from a boiling kettle. (Photograph and ceramic tile design by Louise Graber)

Christening Gojira with water from a metal jug. (Photograph by Louise Graber)

Job done: the artist poses in front of the installation.  (Photograph and ceramic tile design by Louise Graber)

It was very kind of Lewis to come over, wearing his Gundam T-shirt and perform this ritual. He now has visiting rights. This post was first published on the Doctor Comictopus blog. 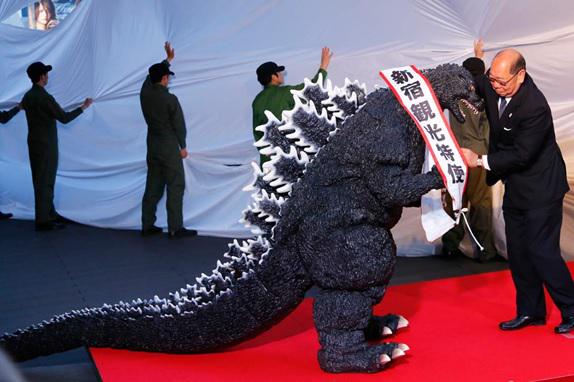 News photo: Godzilla officially welcomed to Shinjuku by the Mayor.