This is the first in what I intend will be a regular series of reports documenting the production progress of the sequel to my comic/artist book Blotting Paper: The Recollected Graphical Impressions Of Doctor Comics that was completed in 2016. The current draft title of the new book is The Cat Cooking Comics In Kappabashi. It is in a similar vein to Blotting Paper in its graphic approach but different in that this comic will be less autobiographical and less of a graphic memoir and much more fictive. It will contain fewer anecdotes of Doctor Comics and much more about his cat Cohl’s adventures. A first draft of the comic has been written but the design and the artwork have yet to be commenced. As in the earlier comic printmaking will be employed along with other forms of image-making including drawing, typography, handwriting and photography. As with the earlier publication the intention is to make a comic in an artist’s book type of format. 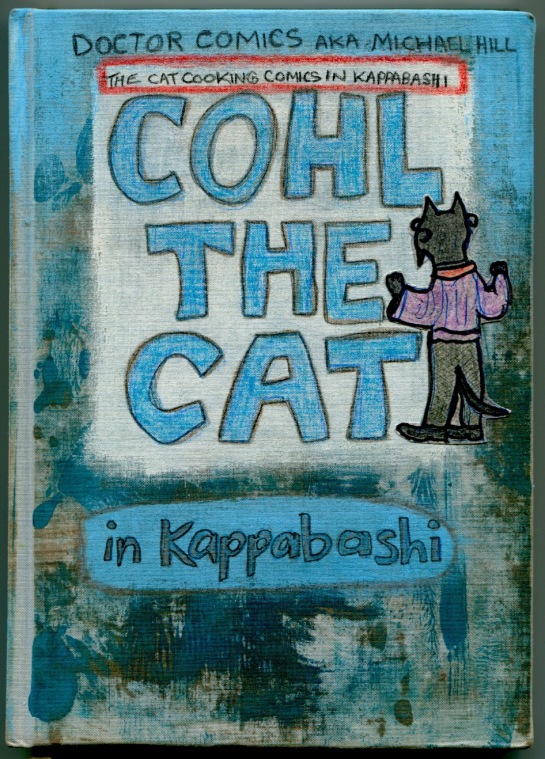 The work book with the working title-© 2017 Michael Hill.

The story begins in Berlin where Cohl, having heard no word from his friend Busch for almost two years, decides to follow him to Tokyo and try to find him. Cohl has been very comfortable in the German city and consequently reluctant to move but his curiosity has awakened him from his cultural slumber.