Whilst steady progress is being made it looks now as if I shall not be getting the first issue published before the end of the year. On the optimistic side, however, the comic is getting closer to completion so I am certain that I shall have something to show in early 2012, apart from this ongoing series of blogged progress reports (that incidentally have now been linked and may be viewed in sequence-see bottom of post). The nature of the comic and its format continues to digress in an e-hon-ish or artist book direction whilst still retaining some semblances of an alternative comic and an Australian one at that despite the Japanese influences. All good. In this report there are some more drawings and a photograph. The drawings are basic, raw and overlaid to look more interesting online. They may not appear like this in the finished work being subject to further development such as reworking and re-composing for the print publication. The figure in the drawings is the elderly Doctor Comics character doing some printmaking at home in the Japanese sosaku hanga method. 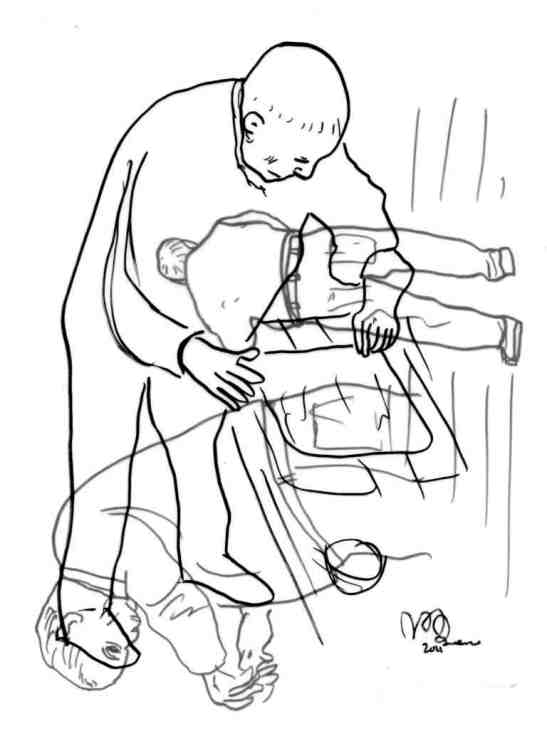 Photography is also being employed in the comic. Below is a shot on the waterfront area of Sydney with a row of shipping containers. The photograph has been worked over graphically, both the figure and the background. It shows a younger Doctor Comics returning from a shopping expedition carrying a bag of books…comics and graphic novels of course. 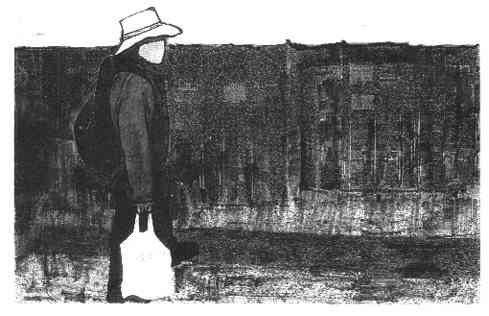